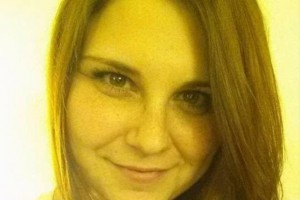 Let us all face it:  We have lost it.

If we are not crying for the murdered woman and the injured in Charlottesville, the murdered on the Portland train, all who have been murdered, wounded and damaged by this rampant hatred, we need to turn inward and examine who we are and who we have become. We must feel our loss, our grief in empathy in order to regain our centers.

The old face to the world of a haven for all, an opportunity for justice and freedom, for all people’s freedom, for a constitutional civilized way of life is gone.  Worldwide, the US is now seen for its oppressive might, its racism, its greed, its hate mongering exemplified by its president and government.  That historic designation of the difference between the government and its people is losing its power as those who praise racism and misogyny stand at the helm with the backing of a right-wing media inflamed minority who have lost touch with even their basic self-interests.

The path to become truly human and connected is clear.  It should not be hard to take.  When incipient fascism arose in Germany and before it in Italy, those who stood up—too few indeed—many lost their lives or were imprisoned.  Fascism harnessed masses of people to its own greed machines by promoting hatred as the key to consent by the masses who came to support it.  Does that not resemble what is happening here?  Impeaching Trump is but one step and its improbability is fostered by his agreeable cronies in government including the Supreme Court.  The opposition is too few in government and money rules the roost with too few exceptions.

A mass movement of love for life that engenders a diverse community of citizens for respect for all, so long as all respect each other’s integrity—that movement must begin by cleaving money from politics whatever that takes, by demonstrating its opposition to violence, its right to assemble with protection, its insistence on caring for each other, its utter and complete opposition to all forms of bigotry and hatred and to those who espouse it.  To regain out self-regard as a people and a nation, we must turn towards becoming Citizens of the World—which indeed is a great pleasure to be—while embracing the values that once constituted the essence of the American polity, however badly that was carried out earlier in our history.

To unity of love and respect, to brotherhood and sisterhood, to Money Out of Politics.  See you in heart or presence at all the rallies ahead, at all the ways in which we can bring ourselves to a new sense of our humanity.